We heard from Blogger, Kiesha Meikle from www.styleable.co.uk on how she likes to work with PRs.

As someone who has been on both ends of the phone, I know how challenging the life of a PR can be. Nobody really understands what’s it like until they have had to sit on the phone with a disgruntled Journalist, trying to explain to them why your product / service should be featured on their ‘oh so precious’ pages. However, on the flip side some PRs do not make it easy for themselves.  Some PRs do not understand that the little things really can go a long way.

Recently I received something in the post – it was from a PR company.  I had been contacted via email to find out if I would be interested in featuring one of their products. I said I would. The next day I recieved a parcel with a selection of New CID Cosmetics (one of which is a lipstick which actually lights up – genius!)

However, the very best thing about this parcel, was the beautifully hand written postcard that was included.  This particular PR had addressed the postcard to me and had included the name of the product, reference to the video review I had mentioned in my last email and an offer of any images and extra infdormation…

Now you may wonder why this is so important. Well firstly, it is because SO MANY PRs don’t do this!  I have lost count of the crumpled bits of paper I have received or poorly printed press releases that have been stuffed into too small envelopes.  Yes, it is mostly about the product itself, but believe me when you are trying to persuade someone to write something complimentary about your product, at least spell their name correctly.

So, for those PRs out there I feel your pain. But it is worth remembering that every little helps.

For brands: Our 3 step process

We offer a number of customised packages, so get in touch for more information: info@contactablogger.com 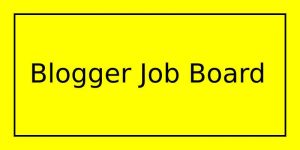